In a blizzard of sporting activity, The Winter Olympics are almost upon us. Officially opening on Friday 4th February 2022 in Beijing at the “Birds Nest” National Stadium, the events actually begin a little earlier, with Curling and Luge starting on Wednesday.

Team GB is sending 50 athletes. These are exciting times, with British athletes hoping to surpass their previous medal haul of five, won at Sochi 2014 and Pyeongchang 2018. 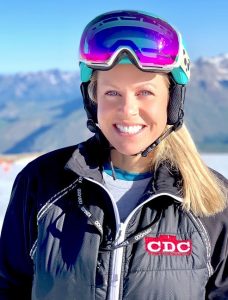 We at Pembury Partners are particularly excited by the Winter Olympics this time around, as we’re absolutely delighted to welcome Chemmy Alcott to our team as a collaborator in sports excellence. Followers of winter sports will undoubtedly recognise her: she’s competed in four Winter Olympic Games and seven FIS World Championships, and has been the overall Senior British National Champion seven times.

Having retired from international competition in 2014, Chemmy offers ski race training and coaching through her company CDC Performance. She’s also widely known as a presenter on the BBC’s Ski Sunday, and will be providing coverage of the Winter Olympics. Follow Chemmy on BBC2 in the UK from the 4th until the 20th of February.