For as long as families have had household staff, there have been staff uniforms in one form or another. A uniform can be seen to perform several desirable functions – it might protect your staff from the elements or other factors of their jobs, it helps to identify them to family, guests and other staff members, and although staff may or may not interact directly with your guests it helps to promote a cohesive and acceptable image. It has also been shown that a uniform can boost the self-esteem of employees and help them to be more productive.

Traditional housekeeping uniforms in stately homes – known as Livery – were designed to be practical, of hardwearing, washable material and of functional design. Employees of different stations would have attire that helped distinguish them from one another – a housekeeper, maid or household nurse would have had similar yet subtly different uniforms. The overall quality and design of the household’s uniform selection would speak to the class and social position of the family, and it was seen as the householder’s obligation to make sure his or her servants were correctly and presentably dressed (but not so well that it might draw unwanted attention, nor upstage the ladies and gentlemen of the house).

In more modern times the focus has been on practicality and versatility. Questions of social standing and class have perhaps become less important, however a greater understanding of concepts such as brand image and a desire to portray one’s staff in such a way that the household appears efficient, comfortable and happy mean that even for a private family the uniforms have to convey the right message. There’s clearly the same need for practicality as there’s always been, and the uniforms still have to be appropriate for the intended working environment.

In many cases it’s true to say that no member of household staff is as visible to family and guests as the butler. It therefore follows that a butler’s attire has long been seen as especially important.

Back in the mists of time, one way of making sure the butler was unquestionably smart enough, but able to be distinguished from the formally-attired guests (imagine the embarrassment if a Lordly guest was mistaken for the butler and asked to fetch a spoon) was to dress in purposefully incorrect combinations of clothes. For example, an evening dress coat in the middle of the day, perhaps with a long tie rather than the proper bow tie. The butler’s uniform back then was typically thus, with gilt buttons on the coat both at the front and on the tails, and usually a waistcoat too.

Another historical practice was to provide the servants livery that aped the manner of lawyers or officers of the court of that time – ruffed shirts being a particular favourite. Again the idea was to have them easily visible amongst invited guests, but still unequivocally formal.

Fast forward to today, what would we expect to see a modern butler wearing? The answer is it can vary a great deal, depending on the wishes of their employer. A dark coloured suit or blazer-and-trousers combination might well be typical, but some principals prefer their butler to be casually attired. Whatever the choice, the point raised in reference to historical livery still applies: the butler (and other staff) must be able to be distinguished from guests and family. This might simply mean a differently coloured waistcoat or tie.

Clothing is still very important for a butler. Notwithstanding the recent preference of some for casual clothes, usually a butler should appear to be classy, stylish, and make a quality first impression. The uniform should reflect the individual’s expertise in their field and high station amongst the household staff: a proper butler is a true professional and their sartorial appearance should be polished and refined.

In the United States a butler will usually wear a business suit, a light coloured shirt and a business-style tie. The suit can be of any colour during the day but is typically black in the evening, when a black bow tie is also preferred. Jewellery is kept to a minimum – think wedding ring and a stylish but not ostentatious watch, and possibly cuff links depending on the shirt. Shoes should be simple and conservative (and comfortable – of utmost importance to the busy modern butler), lace-up black in the evening but with a little more latitude of choice during the daytime. A waistcoat (or vest, as our American friends call it) is optional, but often is worn. It’s traditional for this to be dark-coloured in the daytime but red in the evening (that differentiation issue again…) 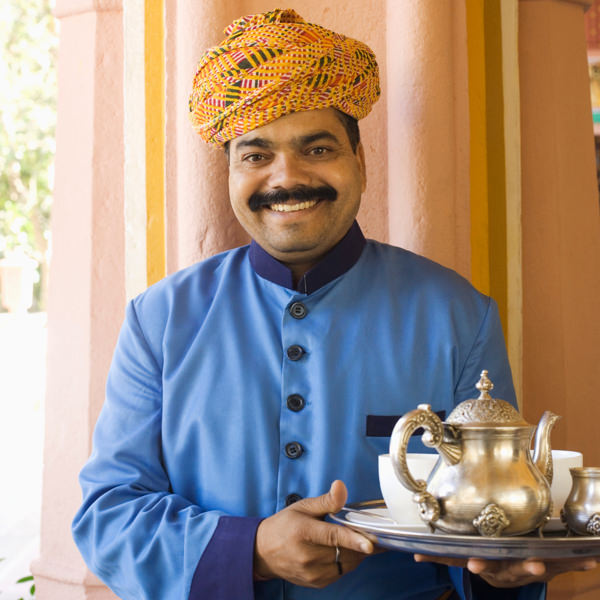 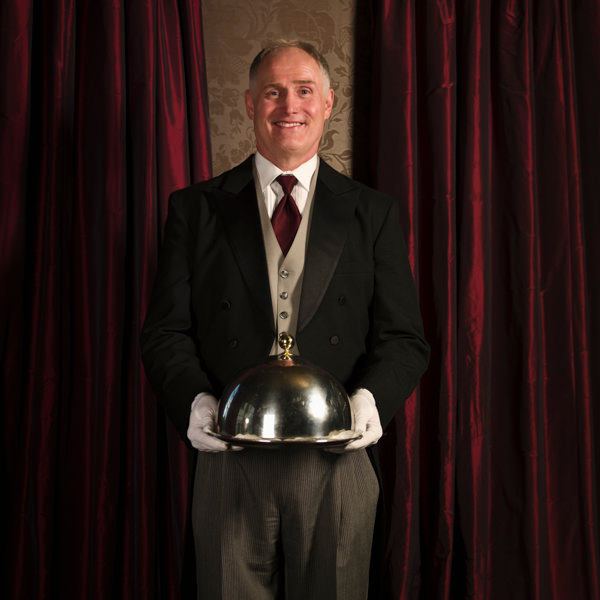