In Conversation: Life in Riyadh

In Conversation: Life in Riyadh with Christina Kristoffersen of Pembury Partners Household Consultancy

Our International Partner, Christina Kristoffersen, splits her time between Geneva and Riyadh. Here she gives us a first-person view of her life in the Saudi capital.

When my friends heard I was going off to Riyadh, Saudi Arabia, their initial reaction was, are you not afraid? On the contrary, after living for several years in Morocco, I was now very excited and looking forward to discovering Saudi Arabia.

Since 2017, Crown Prince Abdullah has brought many positive changes to the Kingdom. Vision 2030 is Saudi’s long-term blueprint for redefining its global image and weaning itself off its reliance on oil revenue. His economic reforms, liberalization, and investments have created many exciting projects, especially in tourism and there will be an accrued demand for experienced staff in hospitality, F&B and family services.

As the salaries are high and tax-free for most ex-pats employed in Saudi Arabia the standard of living is high. Ex-pat packages usually include accommodation, excellent healthcare, and transport allowance. Until recently most westerners live in residential compounds exclusively reserved for non-Saudis. But this is changing now, and many ex-pats, such as we, are choosing not to live in compounds. We have an apartment in a residential building close to Riyadh’s financial district, very modern with a large garden courtyard, heated swimming pool, gym, and a clubhouse. The station for the new Metro network which will begin operations this spring is a five-minute walk away from our place and covers the entire city. I often use Uber, it’s so easy and as a woman often going out on my own I feel very safe. Street crime is almost non-existent.

I find people here are usually very helpful and I appreciate their grace and calmness, so polite. No hectic life, except for the very challenging traffic – though my husband has mastered it with ease as he travels daily to work. He is a Palace Manager.

In the last couple of years, there have been many favorable changes for women. They can drive now, go out unaccompanied, and do most things we western women have taken for granted for many decades. Even the dress code is evolving. More women wear the abaya, instead of the hijab or burqa. The younger girls wear colorful open abayas with western clothing underneath. Wearing western-style clothing in public is becoming more common, with some discretion. I love wearing my long kaftans I brought with me from Morocco, firstly they cover like an abaya and they are very cool in this hot climate – it can easily reach 50°C during the summer season, although everywhere is fully air-conditioned.

In some ways many things remind me of the USA, such as the wide 8 lane highways, the perpendicular street network in residential areas, but most of all the mega shopping malls and all the international fast-food chains. European clothing chain stores are also well established, from Zara to H&M, Carrefour to Lidl and of course the British retailers are also well represented with M&S, Debenhams & Boots. You can get most things here (except for my favorite Yorkshire tea!), imported food is pricey though. The evenings are the busiest time for shopping, everything is open late. Many supermarkets remain open until 2 am, and Even IKEA stay open until midnight. We hear of new restaurants offering a variety of international foods nearly every week. Saudis love to go out in the evenings, food places are then at their busiest, it just does not seem to stop.

There is plenty to do at weekends, such as travel to the beautiful beaches of the Red Sea with its fabulous diving sites, or to the east coast beaches with Dammam and Al Khobar. Winter is the time of the year people chose to go camping in the desert. It is very popular both amongst the Saudis and ex-pats too. Stargazing, campfires, camel riding, quad biking and more. Live open-air concerts take place in the desert “alula” with glamping resorts. Rod Stewart performed in 2021, and Justin Bieber recently performed in Jeddah.

We enjoy life in Riyadh, starting the day with the wake-up call from the local Muezzin and an early morning dip in the swimming pool. Evenings are spent outside around the pool with friendly neighbors or out and about discovering the vibrant city.

Through my work with Pembury Partners, I am very fortunate to be able to travel between Geneva my home in Switzerland and Riyadh in Saudi Arabia. 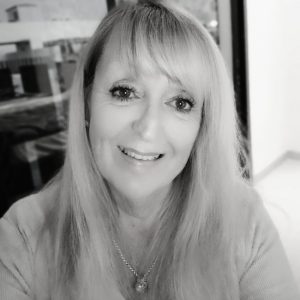 Our international Partner Christina Kristoffersen, who is based between Geneva and Saudi Arabia, collaborates directly and strategically with the board of Directors. Christina possesses a wealth of experience in the international property acquisition and management arena. Her competencies include business management, leadership training and concierge services delivery.