One will endeavour to do one’s best for the Jubilee, Ma’am

One Will Endeavour to do One’s Best for the Jubilee, Ma’am

The term “once in a lifetime” is often bandied about with scant regard for its actual meaning. However, as you are no doubt well aware, it’s The Queen’s Platinum Jubilee this weekend here in the UK. Marking 70 years on the throne, Her Majesty will be the first as the British Monarch to celebrate a reign of this length.

Naturally there are many and varied celebrations taking place across the UK, and throughout the year. Most notably for many of us, we have a four-day bank holiday weekend from this Thursday 2nd to Sunday 5th June.

Highlights of the festivities include Trooping the Colour at Horse Guards Parade, as has been traditionally held on The Queen’s birthday for over 200 years, coupled with a flypast and a Royal Gun Salute. There’s a Service of Thanksgiving at St. Paul’s Cathedral, and the Derby at Epsom will be attended by The Queen and other members of the Royal Family. Beacons will be lit across the UK, Channel Islands, Isle of Man and British Overseas Territories, as well as in capitals of Commonwealth countries. A Platinum Jubilee Pageant will be led by the Gold State Carriage on Sunday, and for those of us who prefer to celebrate more locally, street parties and lunches will be widely apparent throughout the weekend. Details of everything that’s going on to celebrate where you are can no doubt be easily found through the usual channels.

Here at Pembury Partners we specialise in the placing of household staff into the world’s elite homes and estates. All this Royal activity brings to mind for us the opportunity to share a glimpse into what is one of the most exclusive households in the world – there is no other like it anywhere.

There are five departments within the Royal Household. The Private Secretary’s office supports The Queen in her duties as Head of State. They’re responsible for speeches, correspondence, official messages and gifts and organise official programmes.

The Privy Purse and Treasurer’s Office provides necessary services to the Household, such as IT support, telecoms, finance, human resources and property services.

The Master of the Household’s Department is responsible for hospitality, catering, housekeeping and official and private entertaining.

The Lord Chamberlain’s Office organises the awarding of honours, as well as ceremonial activities and public-facing duties.

Within these departments are many, many individuals – for example there are over 1000 staff at Buckingham Palace alone. 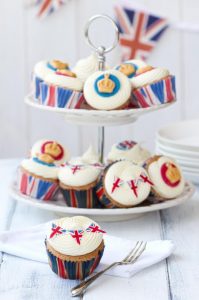 Given these numbers, it might be expected that working at a Royal Household is rather a faceless task, just one invisible minion amongst many. This is apparently not the case at all however – it is said that the Royal Family are always very respectful of their staff, not aloof or stand-offish. This works both ways – people who work for them are expected to have a certain level of people skills and ability to build respectful rapport.

It would be quite right to assume however that an extremely high level of ability in your field is required to be considered for a job in a Royal Household.

Not only this, but there are many hard-and-fast rules that might seem unusual to an outsider. For example, in the mornings the staff have to sweep floors instead of vacuum (no-one can use a vacuum cleaner before 10am), in order that no undue disturbances are caused. Baths for certain members of the Royal Family must be drawn before they wake, and clothes laid out. Certain foods are to be avoided, and others to be stored in particular ways – apparently The Queen likes Kellogg’s Special K, but it has to be kept in Tupperware containers for freshness. Staff have different uniforms for different occasions, and must stay in the background as much as possible. And it’s not just the human members of the Royal Family that have strict rules to follow – there are butlers for the Royal corgis, who follow a special diet, and the carrots fed to the Royal horses are cut to a specific length.